Earlier this year, we were approached by television shopping channel Sewing Quarter to design and create an exclusive range of sewing kits for them to sell. The kits were to be launched on air on 1st December 2019 and Jo was to be a guest presenter, demonstrating her technique of free motion embroidery live on television, on that day. This was a very exciting achievement as a small business and an incredible marketing opportunity.

If you're reading this, you will probably have heard of the Sewing Quarter. It's a television shopping channel which also streams online and is dedicated to sewing; it attracts big names and serious talent in the sewing world. You may have even watched a few programmes and enjoyed creating some of the kits they demonstrate.

And you might also know that at the end of November, they announced that they were closing. As a result, Jo's scheduled appearance was cancelled.

We were incredibly disappointed to discover this. The people at the Sewing Quarter who we had dealt with were friendly, professional and hugely supportive. This will be an awful time for them and we wish them every success for their future endeavours, along with all of their freelance designers and presenters.

The revenue our business was due to receive from the Sewing Quarter would have equated to approximately 15% of our turnover for 2019-20. As a small business, fifteen percent is huge, especially when margins are getting smaller and smaller.

We had spent around half of this amount acquiring stock for the kits, including many metres of fabric, zips, and lampshade components. The number of kits we were due to sell totalled 100 each of four designs, so 400 kits altogether. We now will not receive any payment from the Sewing Quarter, Jo has missed out on a really great way to reach lots of people wanting to learn about free motion embroidery, and we have a stock room overflowing with 400 kits!

So, if you like free motion embroidery, want to learn more about this exciting technique, or are looking for an unusual gift for someone, we would really appreciate your support! 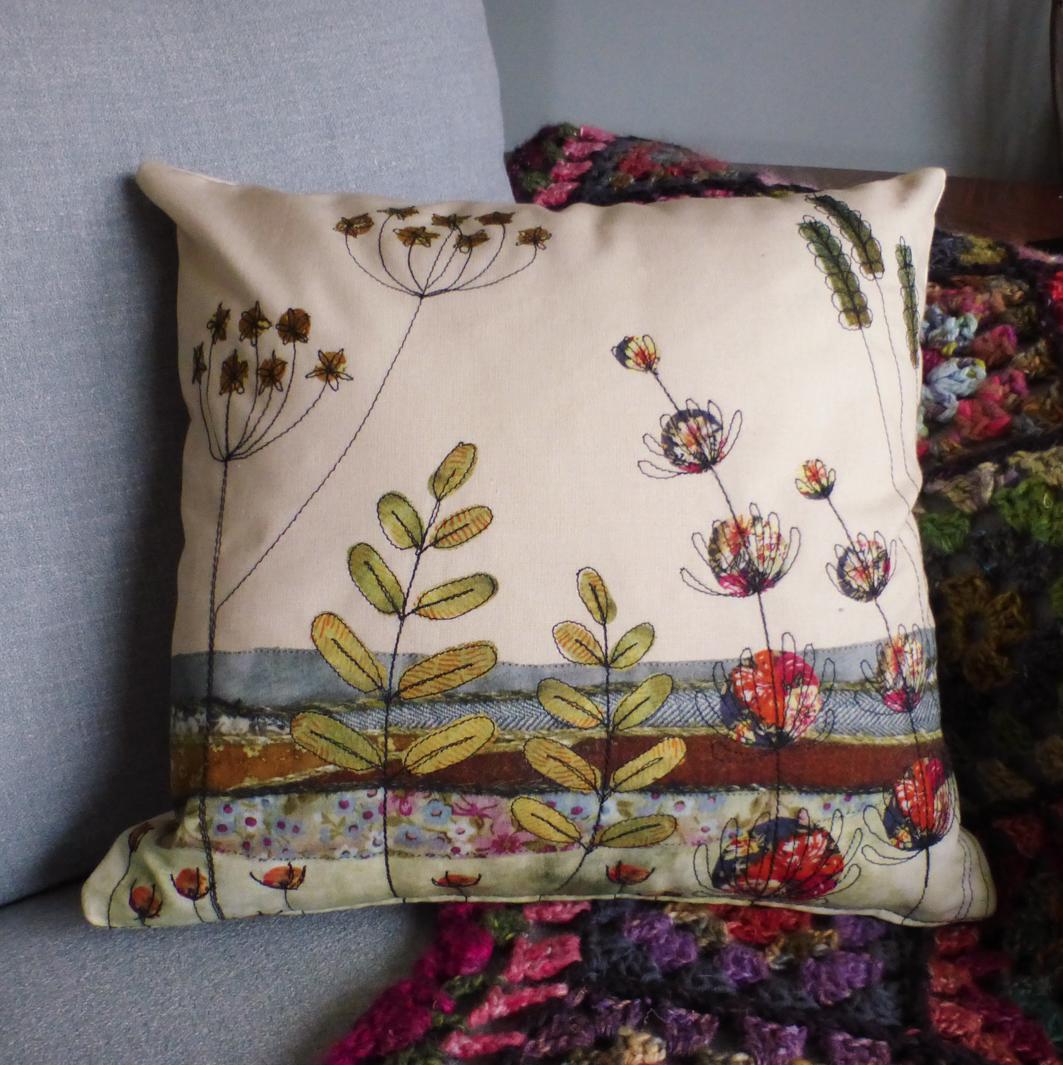 All four kits were launched at the Open Studio in December and are now online!

A bit about us